The Art of Football

by Claire Henderson on 7th July 2018 in Commission Art, Interviews, News and Events

The intersection of art and football is often viewed as a clash of cultural opposites, but this is something that Liverpool Football Club community programme Red Neighbours sees as a valuable pairing as they aim to support their local Anfield community through arts projects and sporting activities.

We spoke to dot-art artist and mural aficionado David Andrews about his recent project with Red Neighbours and Liverpool school students. For the project David hosted regular drawing workshops in local schools over several months, culminating in the unveiling of a large scale football mural to celebrate the club’s 125th anniversary.

Q: Briefly tell us about your project with Red Neighbours, LFC and the local schools?

A: dot-art put an opportunity out to their members to work with schools around North Liverpool and produce a large piece of artwork for the club’s 125th anniversary. The initial brief was fairly open to interpretation by the artist involved, so I was glad when they chose to work with me based on my ideas.

Q: What was it like working with Red Neighbours and LFC?

A: The Red Neighbours team do an incredible amount of work engaging with different groups of people within their local community and it was great seeing their relationship with the schools surrounding Anfield. I think it’s easy to get carried away with the scale of a project at times and Liverpool FC as a club had enough faith in dot-art to let us install the mural where we wanted (which was very trusting as it is over 7m long!) Everyone was enthusiastic throughout; getting me to talk about it on LFC TV, hosting a launch event with the schools involved and sharing the project on their social media and website. 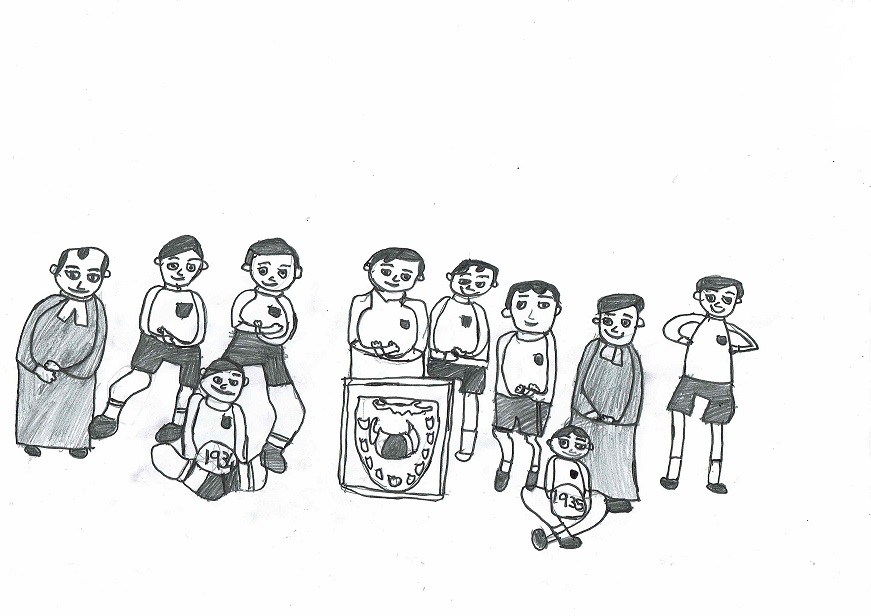 Q: How did you come up with the comic strip concept?

A: I knew that I wanted the project to be about the pupil’s drawings, but I also wanted to have a bit of creative control and include my own stamp on the project. A lot of my work is influenced by Pop Art and I think this project really lent itself to this style. By working with the schools to do the outline drawings, then adding the colour digitally, the whole mural had a consistent appearance across all of the schools’ input.

Q: How did each of the local school children get involved?

A: As we were celebrating the 125th anniversary, and working with 25 schools in the local area, each school was illustrating key events from a five year period in the club’s history. 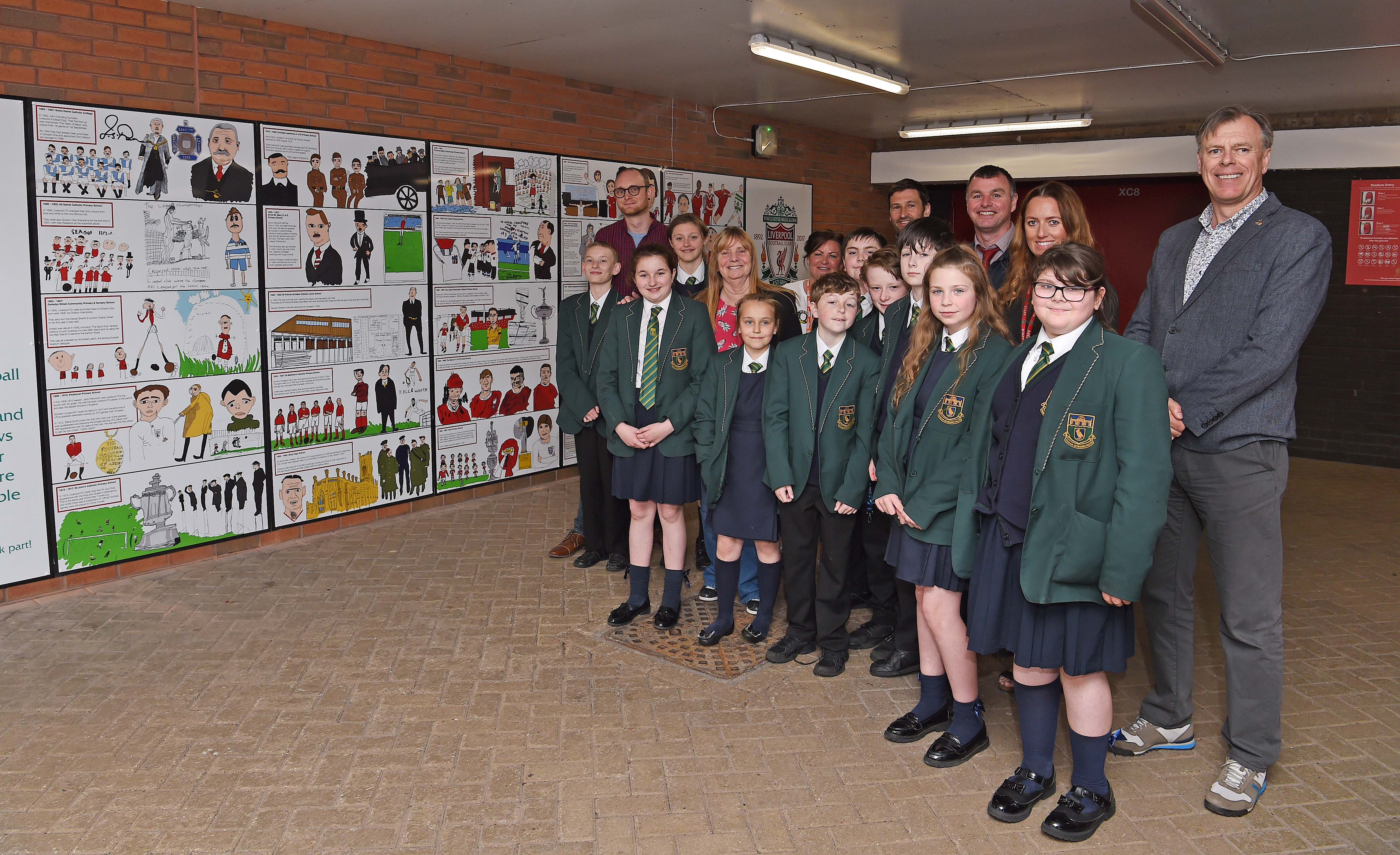 Q: What kind of workshops did you do with each class?

A: We ran workshops which were around two hours long which included a presentation about the project and the key events the pupils would be illustrating We did some drawing exercises involving observation, memory and imagination as a warm-up, then onto illustrating for the mural. I was on hand to provide help for anyone that needed it as it was a good opportunity for them to learn from a professional artist. We ended up drawing a lot of hands and noses on scrap paper – they’re the trickiest bits of any portrait!

Q: Did anything surprise you?

A: After all the workshops were finished, I got an envelope through the post and the address was in handwriting I didn’t recognise. I opened it up to find a drawing of Robbie Fowler that one of the pupils had done, which had been signed by the man himself. That was a really nice touch from the Red Neighbours team. 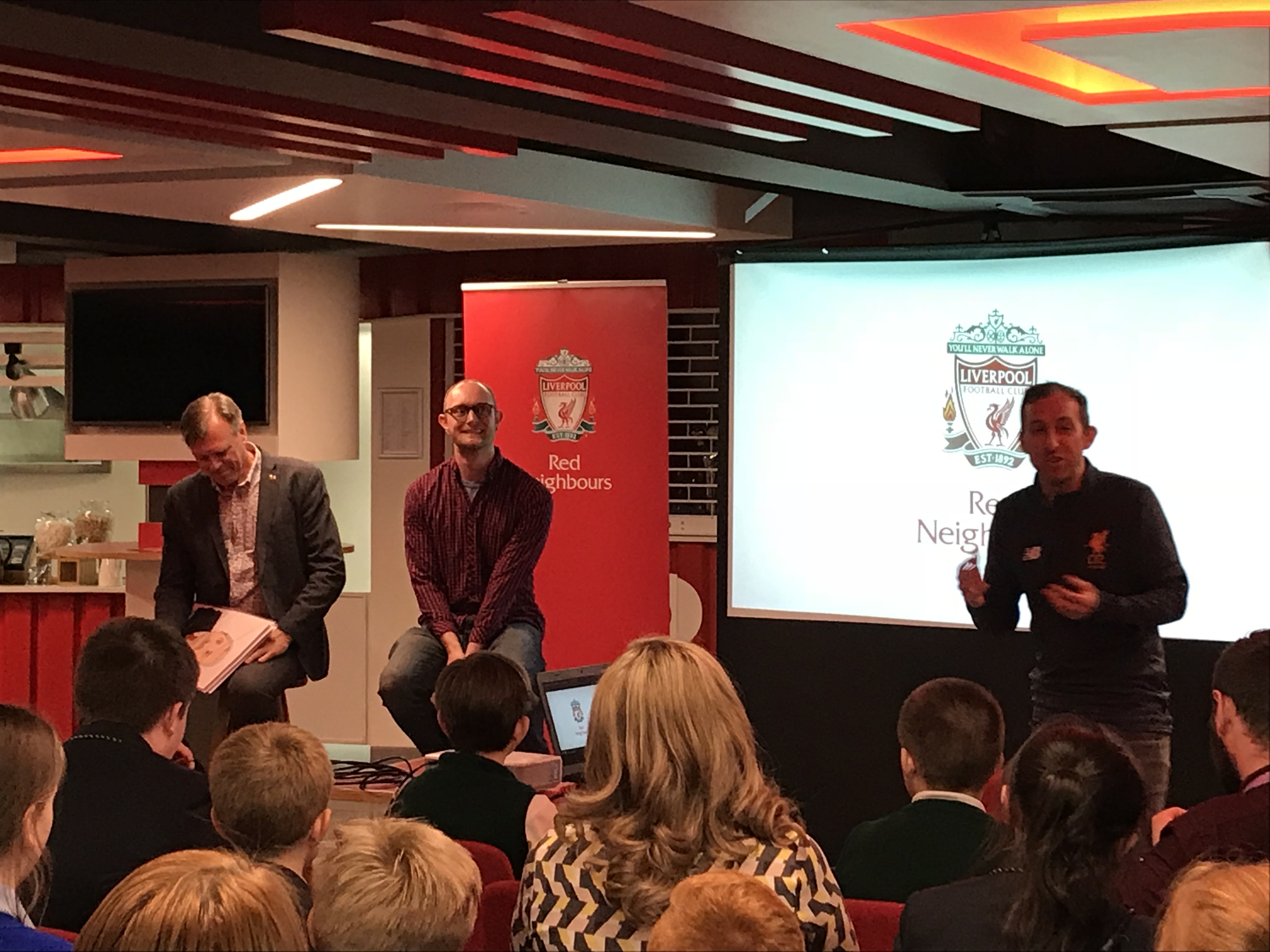 Q: What was your favourite thing about this project?

A: I especially enjoyed working with Stephen Done who is the historian at Liverpool FC. While I had the creative side of things in hand, it was really useful that the club had provided me access to him for the historical facts for the workshops and then proof reading before we spent a lot of money getting it printed up. And who else was better to provide that, than someone who has literally written an encyclopedia about them?

Q: What were the responses from everyone attending the unveiling?

A: A lot of the schools that had taken part in the project went to the unveiling of the mural and it was great seeing the pupils picking out their classes work in the finished piece. All the teachers were so positive about it, which was much appreciated after putting it together for a few months. 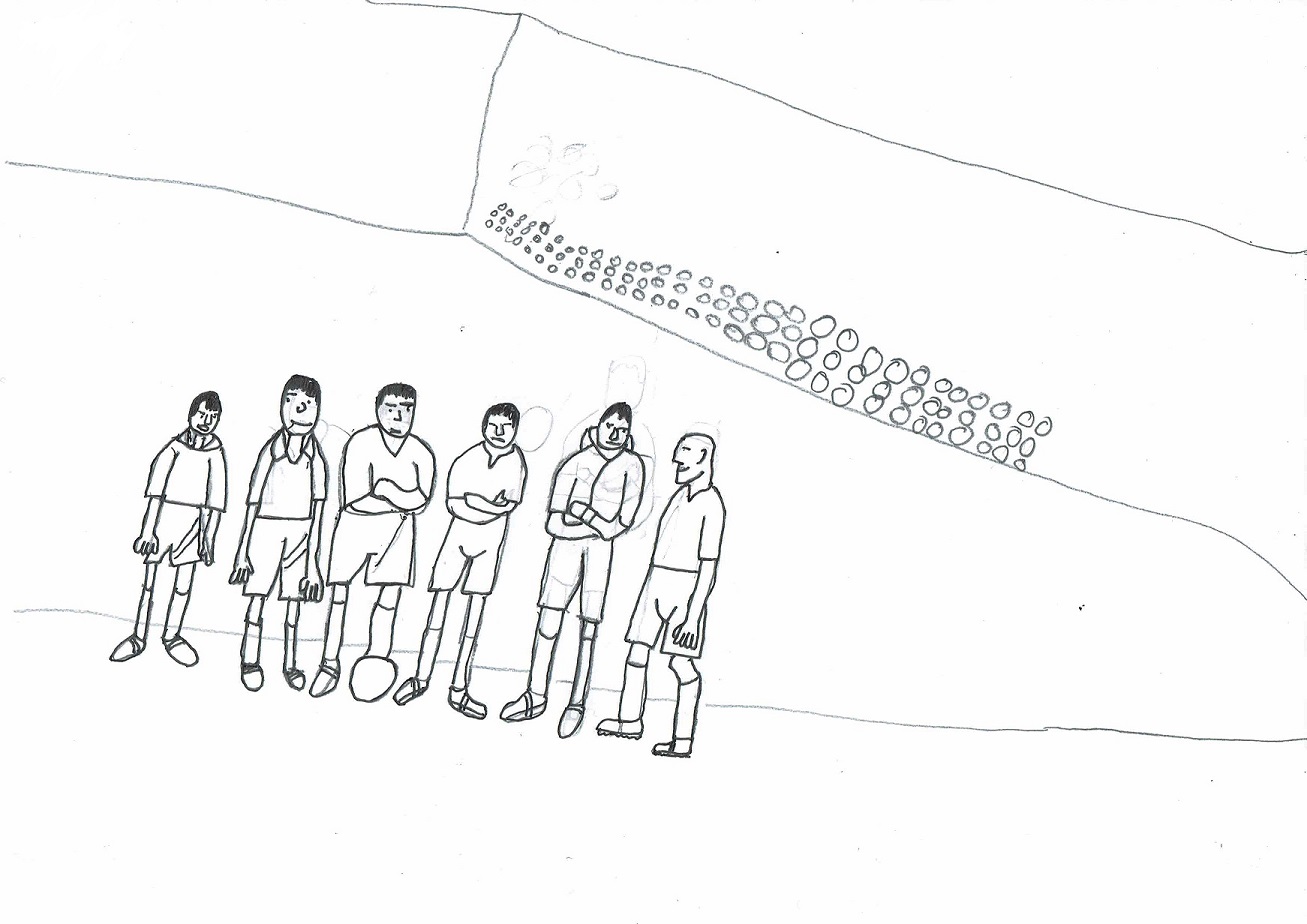