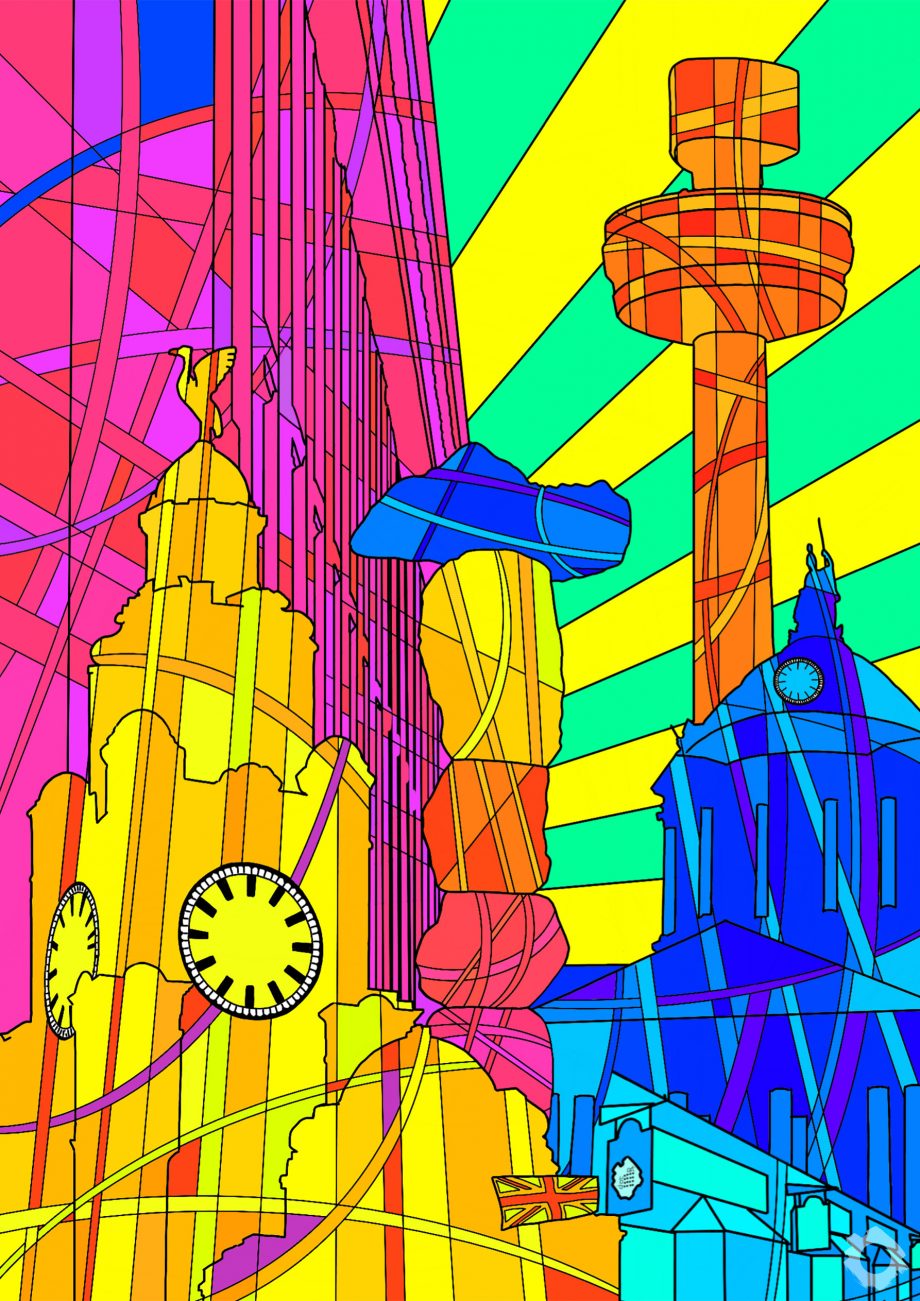 “As a relative newcomer to Liverpool, what is instantly apparent is the pride the city takes in its history and cultural heritage. As well as the numerous wonderful museums and galleries, the streets themselves celebrate the city, telling the story of its past, its people and an entrepreneurial spirit. Its statues are not all rich men with dubious colonial pasts, but celebrations of artists, musicians and entertainers, with Michelangelo and Ken Dodd given equal billing. Its public artworks are not niche and hidden away, but accessible and take centre stage.

Works such as the Liverpool Mountain, the Superlambananas and A Case History are playful and tactile, encouraging interaction. With each step, the architecture shifts to create a new viewfinder through which a fresh aspect of beauty, curiosity and intriguing juxtaposition can be seen – a magnificent neo-classical concert hall beneath a space-age radio transmitter; a contemporary light installation on a Victorian pumping station; an Op art dazzle ship in a historic dock, whilst the world’s most famous band stroll the promenade in the shadow of an art deco masterpiece. For my design, I chose locations that represent this fascinating mix of architecture, art, music and proud history.

Aesthetically, the style is influenced by another of the city’s confluence of cultures – the abstract geometric patterns of Raphael Seitz’s stained glass panels that surround the Metropolitan Cathedral. The colour scheme borrows from the Liverpool Mountain central to the design, with a nod to sixties psychedelia – particularly The Beatles’ Yellow Submarine. By incorporating and binding these elements, I hoped to evoke the eclectic range of cultures, styles and ideas that work together to create this vibrant and captivating city that I love.”