A stunning sculpture celebrating the horse power behind Liverpool’s and England’s historic waterways is the latest to adorn The Liverpool Plinth after it was unveiled on Thursday 15 July.

Liverpool based artist Faith Bebbington is the latest to have her work installed on The Liverpool Plinth, which is the North’s answer to London’s Fourth Plinth in Trafalgar Square, celebrating and platforming sculptors working in the North of England. Standing on Liverpool Parish Church, the Liverpool Plinth is supported by Liverpool BID Company and dot-art and overlooks the city’s famous Pier Head and River Mersey and has hosted a new sculpture, each for 12 months, since 2018.

The winning 2021 sculpture, entitled Jimmy – named after a working horse the artist rode as a child – depicts a horse, once a common site along Liverpool’s waterways and canal sides. He overlooks the Leeds to Liverpool Canal at the Pier Head which opened to boats in April 2009 after a £22m extension which took the canal past the city’s historic waterfront.

Working horses would tow narrow boats along Britain’s canals, and from 1740 were one of the main forms of transportation for goods across the country. In Liverpool, they would help transport produce and goods arriving at the city’s docks and up the canal to Manchester and the North of England.

Jimmy has a coat made of recycled plastic milk bottles and with a steel, willow and wire inner framework. The sculpture is inspired by a previous commission by Faith Bebbington from the Canal and River Trust for Ellesmere Port National Waterways Museum. 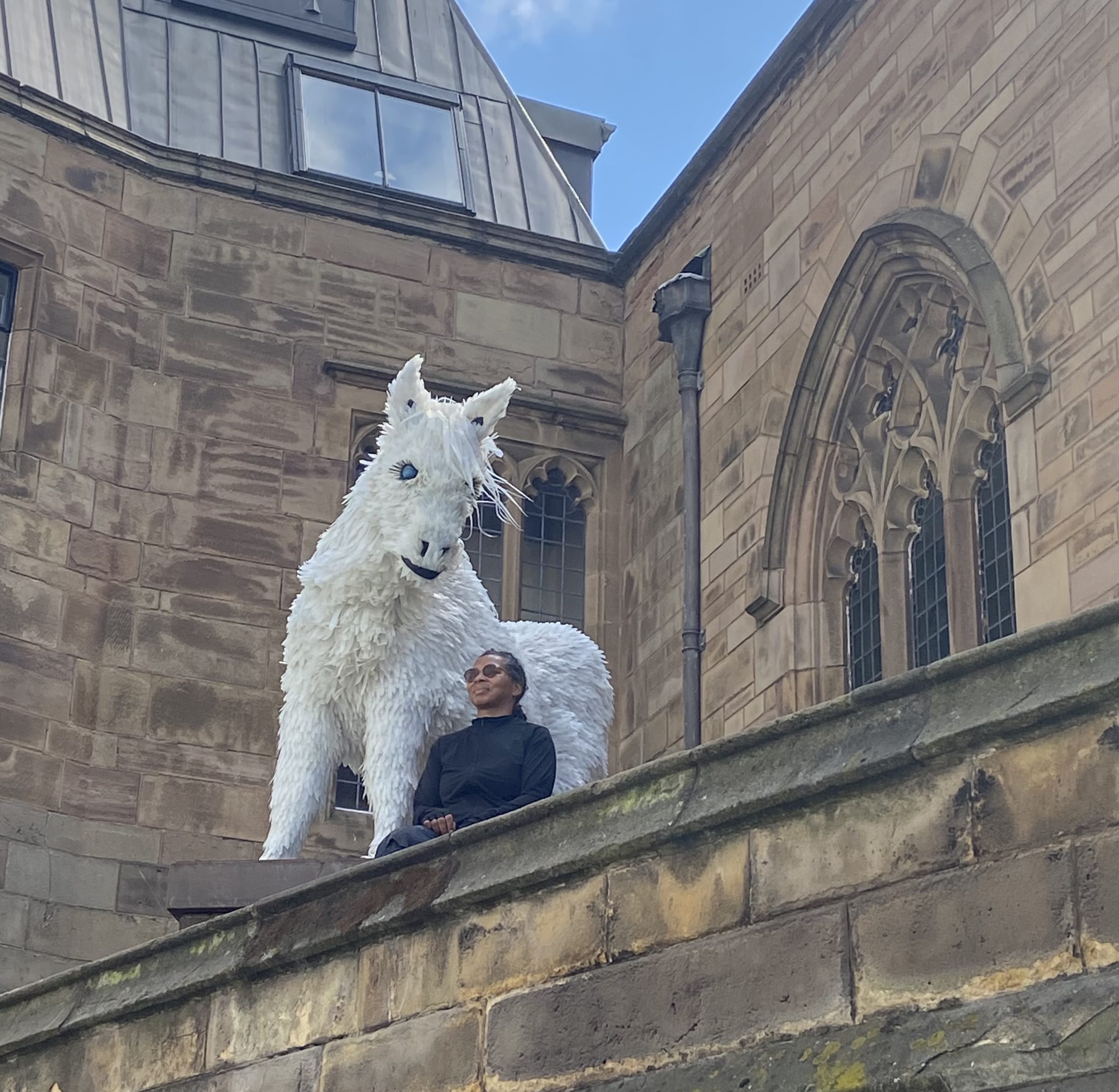 The sculpture was selected after an open call to artists based in the North of England. It is the fourth sculpture to be installed on the Liverpool Plinth and will remain for 12 months.

The Liverpool Plinth is commissioned by Liverpool BID Company, Liverpool Parish Church and dot-art. The winning artist receives £1,000. The aim of the site is to celebrate up and coming sculptors in the North, to profile public art and to animate an historic corner of Liverpool and its waterfront with contemporary art.

Public art makes us think about place in a different way, reflecting on the city around us. It is accessible to everyone and brings our streets to life. Culture is at the heart of our city celebrating the role creativity plays in our everyday lives.

The Liverpool Plinth not only animates Chapel Street it has provoked conversation and thought. The Church has a long history promoting the visual arts, and Liverpool Parish Church continues to do that in the 21st Century.

Liverpool’s art and artists play a vital role in the city’s creative and cultural life. Being able to display work publicly, overlooking the famous River Mersey, gives us an opportunity to put art front and centre of daily city life.