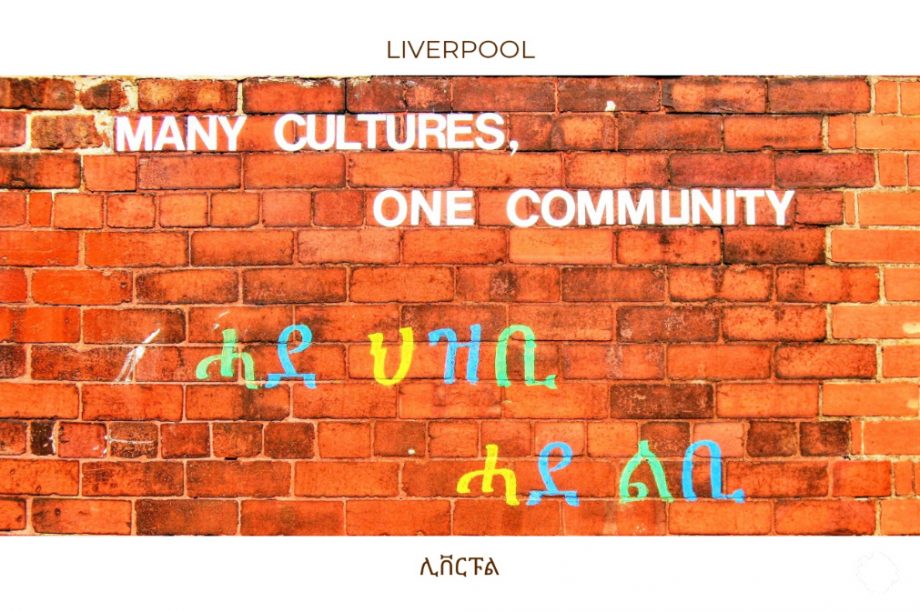 “I believe what makes the Merseyside region a landmark of creativity and culture is its people. People of every social and economic background create and celebrate together in various arenas; evidenced by the multiple festivals, galleries and events that draw thousands of local and international visitors every year.

Since dot-art has created a community with a variety of artists over the past 15 years, I thought back to the many artists in my community – in Liverpool – that I had collaborated with and recalled one project in particular. An artists’ collective – working as CIC ‘Tuebrook Transnational’ – ran an outdoors, site-specific series of events in 2012 called ‘Re-Writing Tuebrook’. As a resident of Tuebrook, I was approached by the collective to participate in interviews and I volunteered to also assist the collective with delivering the project.

For a programme initiative entitled ‘The Migrant Gate’, I was asked to think about the positives of living in Tuebrook as a migrant and a phrase in my response was selected for use. It was distilled into ‘Many Cultures, One Community’. This reminded me of the Eritrean motto ‘Hade Hizbi, Hade Lib-bi’ (that translates as ‘One People, with One Heart’) so I requested the addition of the Tigrinya phrase alongside the English one. I volunteered to paint the phrases myself and find a spot in the neighbourhood for them.

I chose the sidewall of a house at the end of the terraced street as the patched-up wall appears uniform at first glance but actually showed a progression of repairs done over time. I felt the state of the wall was a reflection of the neighbourhood – appearing uniform at first glance but clearly made up of individual bricks with unique characteristics. Although I was aware the Tigrinya phrase painted in the Ge’ez script would be in another language to most people passing by the wall, I felt it would draw the eye towards the wall for a second glance. The colours used to paint the phrase are from the Eritrean flag: blue, green, yellow and red which the bricks symbolise.

At the time of the event, my family had lived in Tuebrook for twelve years but I had yet to meet many of our neighbours. As I cleaned sections of the wall and painted the phrases, several people stopped to introduce themselves and chat. During the micro-festival at the culmination of the project, I went to photograph the wall and found several children gathered and discussing what the colourful shapes meant. I found it delightful that the wall – that was built with the intention of creating a barrier – had in this instance brought people together, which is what this region’s creativity does in a variety of ways. It is why I used the photograph of the wall for my submission.”