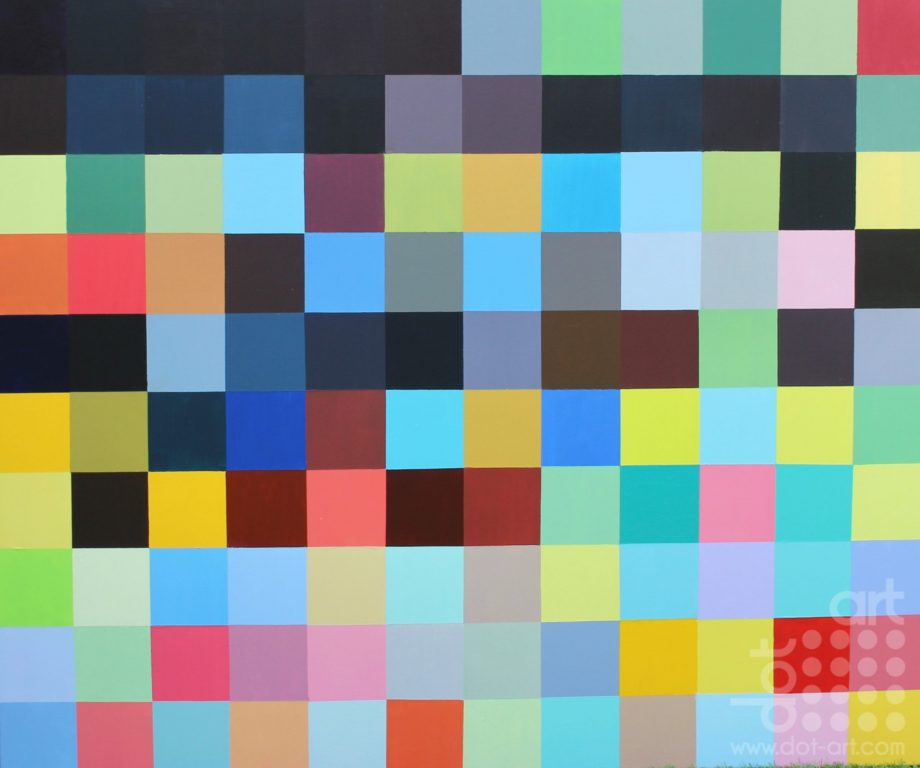 “This painting is my record of 120 days in isolation. Back at the beginning of March when I decided to start shielding I wondered if I would ever feel like painting again. I really wanted to capture the pandemic in some way, so thought about what I really loved about painting, and that distilled into colour in its purest form.

I decided to paint a square of colour for each day spent in isolation – the first days were very dark and fearful, then nothing much seemed to be happening, the colours became brighter. After that we heard daily of friends being seriously ill, friends of friends dying and the death toll rising, hence 11 days of dark and muted colours.

Spring arrived in the garden and I began painting again, the painted squares became brighter, more hopeful, but still, there were days that I heard of bad news. Towards the end of isolation, I met the family in the garden, joyous colour, my son’s socially distanced birthday, pure cadmium yellow and when Liverpool football team won the Premier League – that square had to be bright red.”