Nathan has this to say about his work:

I am a painter. I am not really an abstract painter, and I am not a representational painter either. Essentially I try to be something in between. I try to reach and create something that is in between the two, something that has associations but is not necessarily depicting something directly.

My current painting process is organic. With it I am not really interested in knowing where a painting is going. The painting always leads the way. Even though I have ideas and I help the painting along with this and that, almost always those ideas turn out differently. The colours and shapes seem to develop some meaning for me as they are put down. I do this with aspirations of creating something. It is about trying to create that something, and trying to create that ‘new glimpse‘ without having to strategise too much.

My painting process relies upon layers, and therefore I am not interested in finishing a painting in one sitting. I like to leave the painting and come back to it, and when I do come back to it it is ideal, as the painting often will appear new and fresh to me as if I am looking at it with new eyes as if I have not seen it before. Sometimes though I do have to pretend, then I can pick up the brush and make and start again.

If the painting arrives at a place that seems unexpected to me, then it quite often is then a point for me to stop, and for the painting to be considered complete. 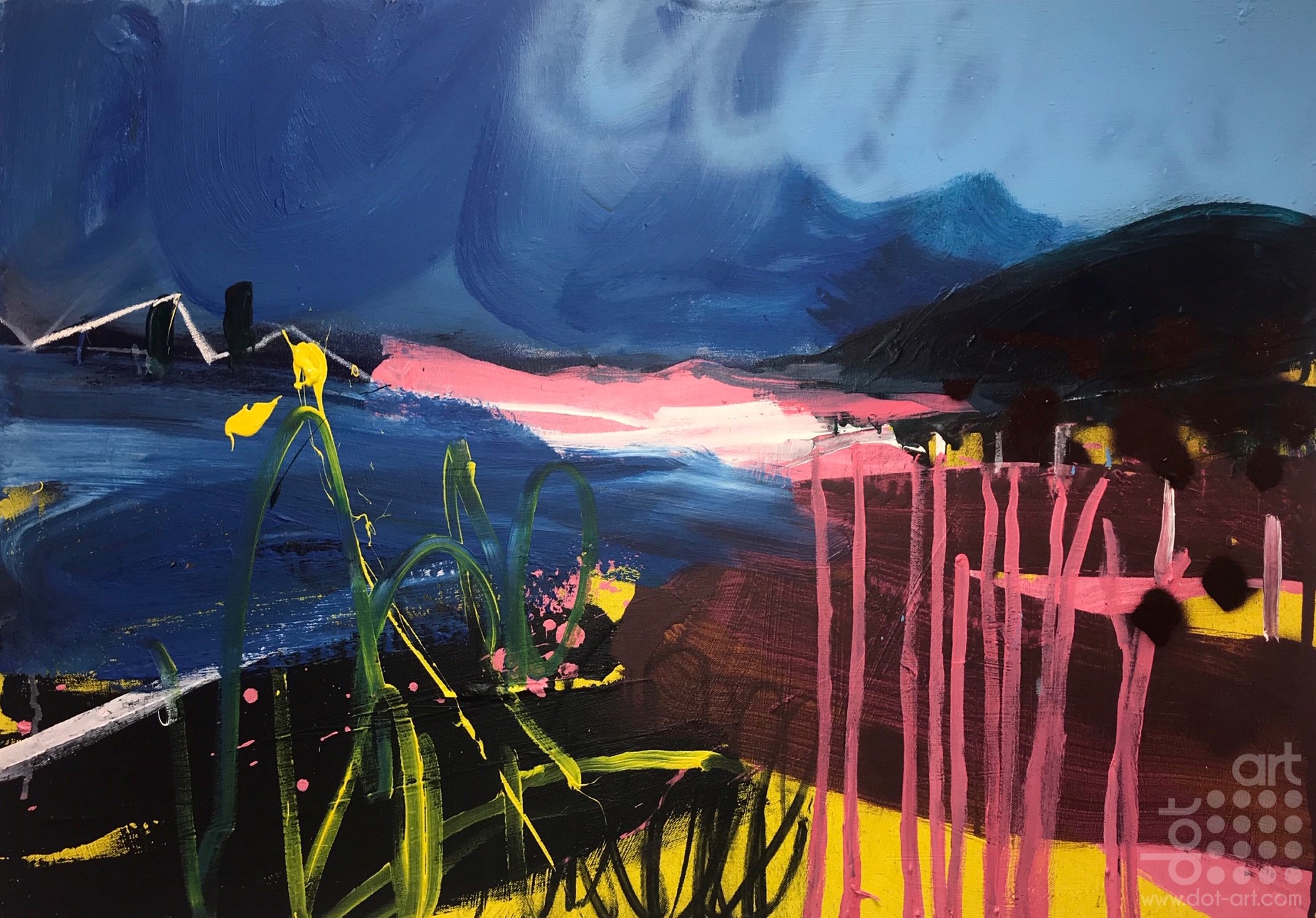