Mike Rickett’s art explores the relationship between space, geometry and colour in the attempt to capture on canvas the physical and non-physical phenomena associated with the modern industrial city, its architecture, dynamism, and complexity. His work encompasses three distinct forms – hard-edge, geometric urban paintings and 3D reliefs as well as two-colour studies of Liverpool scenes and woodcut prints, also mostly of Liverpool scenes.

Mike has an MA in fine art following a BA (Hons) both at Liverpool Hope University where he was awarded the Liverpool Women’s Hospital Purchase prize. He previously achieved a BA (Hons) in English at the University of Liverpool. He shortly intends to embark on PhD. He is a founder member of The Liverpool School art movement of urban geometric art which now has eight members.

Before beginning to study art in 2008 he pursued a career in the media as a journalist, mostly in daily newspapers, latterly with the Liverpool Daily Post but before that with the Liverpool Echo, Reuters, as well the Daily Mail and also as head of public relations for Girobank and the Plessey Company.

Mike was brought up in Powys, mid- Wales but now lives in Liverpool and has two children – a son in London and a daughter in Canada. 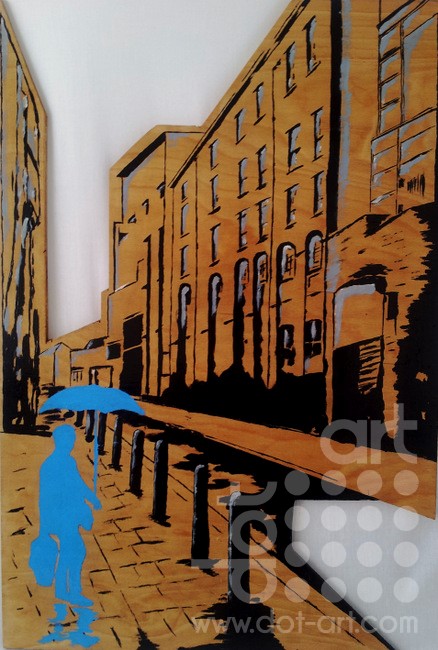