James Chadderton is a British mixed media artist. His work, consisting mostly of post-apocalyptic landscapes, collapses the boundaries between traditional and composite drawing. James’ drawing style is characterised by a tendency towards magic realism, or moments of fantasy within realistic portrayals. His playful, colourful, and at the same time dark and nightmarish landscapes open up possibilities within the space between reality and fiction, or intent and interpretation.

Avid fan of post-apocalyptic films, science fiction, and video games, James has collaborated with EA at the Battlefield franchise as well as music legend Peter Hook at EP 1102/2011, and the BBC.

You suddenly find yourself alone into a destroyed world. The once familiar city has now been left lifeless in a derelict and eroded state. Humans are gone or killed. You have entered the semi-fictional world of mixed media artist, James Chadderton.

Inspired by the nightmarish images of dystopian films and video games, the artist draws the viewer into an alternative reality, where iconic and familiar UK landmark sites are turned into something dark and macabre. The haunting post-apocalyptic urban landscapes let imagination run wild about the “how” and “why” questions, while giving the viewer a glimpse of how the world might look after an apocalypse.

The images, created with traditional and composite drawing, expose our world and its complex, unspoken ways long before reality gets the chance to break it to us. Irony and cheerfulness meet fear and death, commenting on the vanity of human existence and aspirations. It is precisely in the synthesis of these opposing worlds that the attraction of James’ work lies; the viewer stands fascinated before the uncomfortably colourful image of the unimaginable. 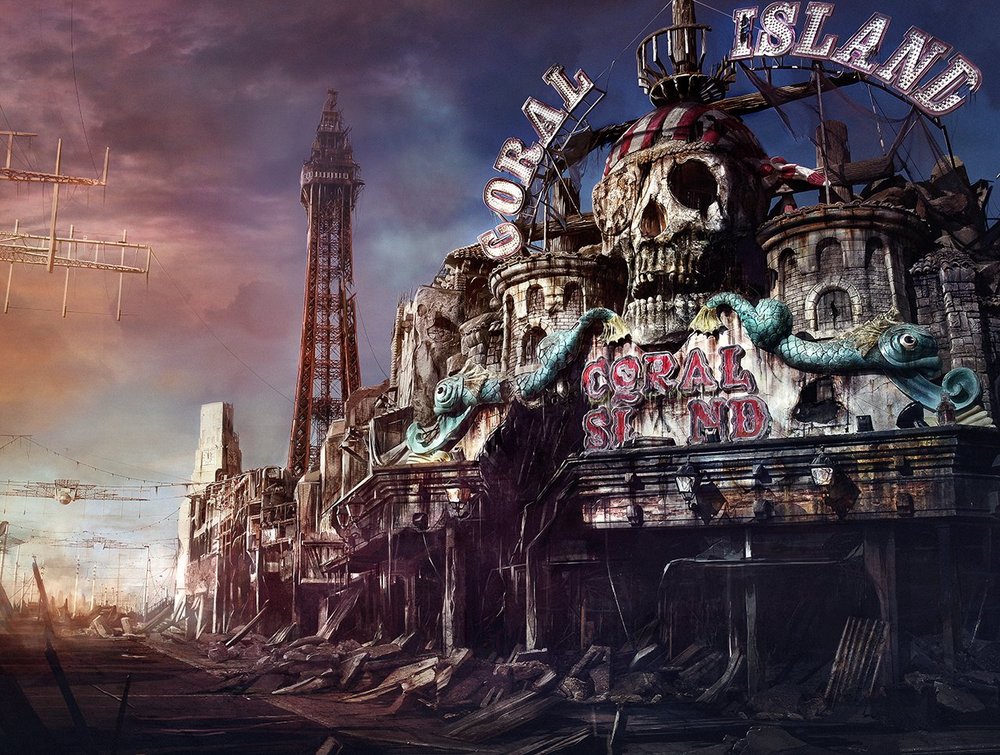