He is best known for his Mona Lennon, which supported and promoted Liverpool’s successful bid for European Capital of Culture 2008.

Corina’s work consistently celebrates Liverpool’s cultural history, including his latest work that celebrates Sefton Park’s 150th Anniversary with a wonderful collection of paintings that blend realism with vibrant colours. They include the park’s iconic Palm House, Eros Fountain, Iron Bridge and famous Bandstand, popular since the Victorian era, and which is said to have inspired the Beatles song Sgt. Pepper’s Lonely Hearts Club Band. 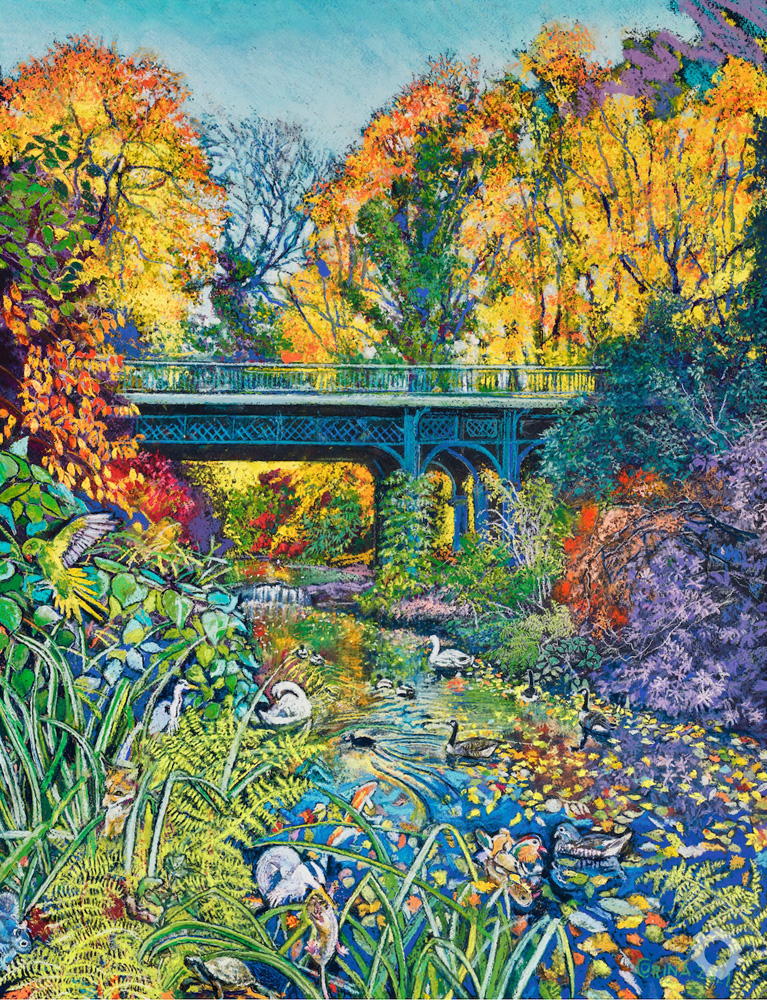