Drawing on the Museum of Liverpool

dot-art and the Museum of Liverpool were super excited to take part in Liverpool City Council’s Without Walls programme, which is designed to animate and reimagine Liverpool as a stage, fill the streets with cultural content and encourage audiences back into the city centre after the COVID-19 crisis.

We commissioned artist Tommy Graham to create two new pieces of public art by literally drawing onto the Museum of Liverpool (with temporary chalk paint!) 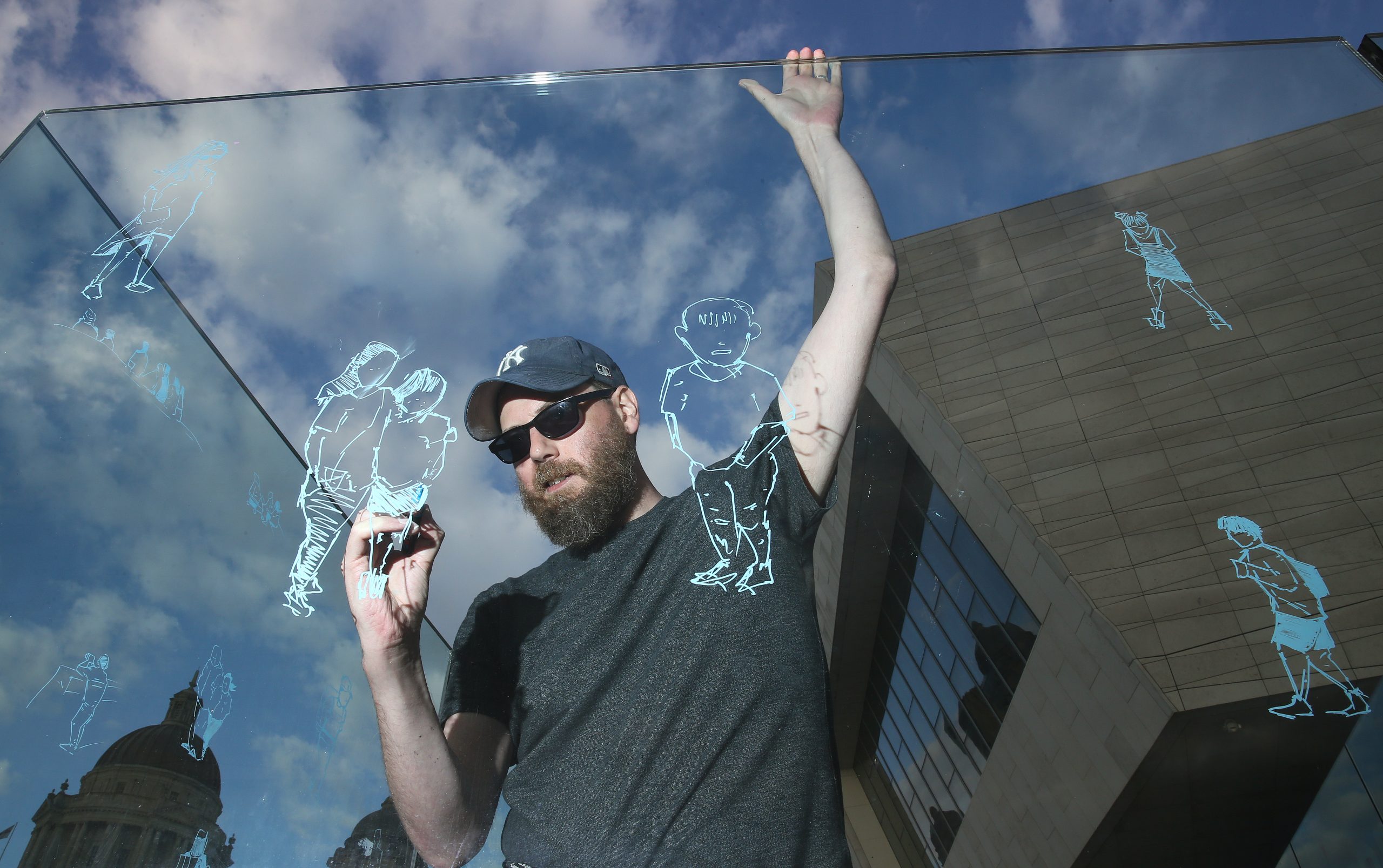 The first piece covers the glass balconies on the ramp which zig-zags up the end of the museum and consists of the hand-drawn figures of 319 people, 22 birds and 8 dogs. Tommy produced the work over 7 days, each day using a new colour of the rainbow, to sketch and record the people he saw returning to the museum and the Pier Head. The result is a joyful snapshot of a city coming back to life. 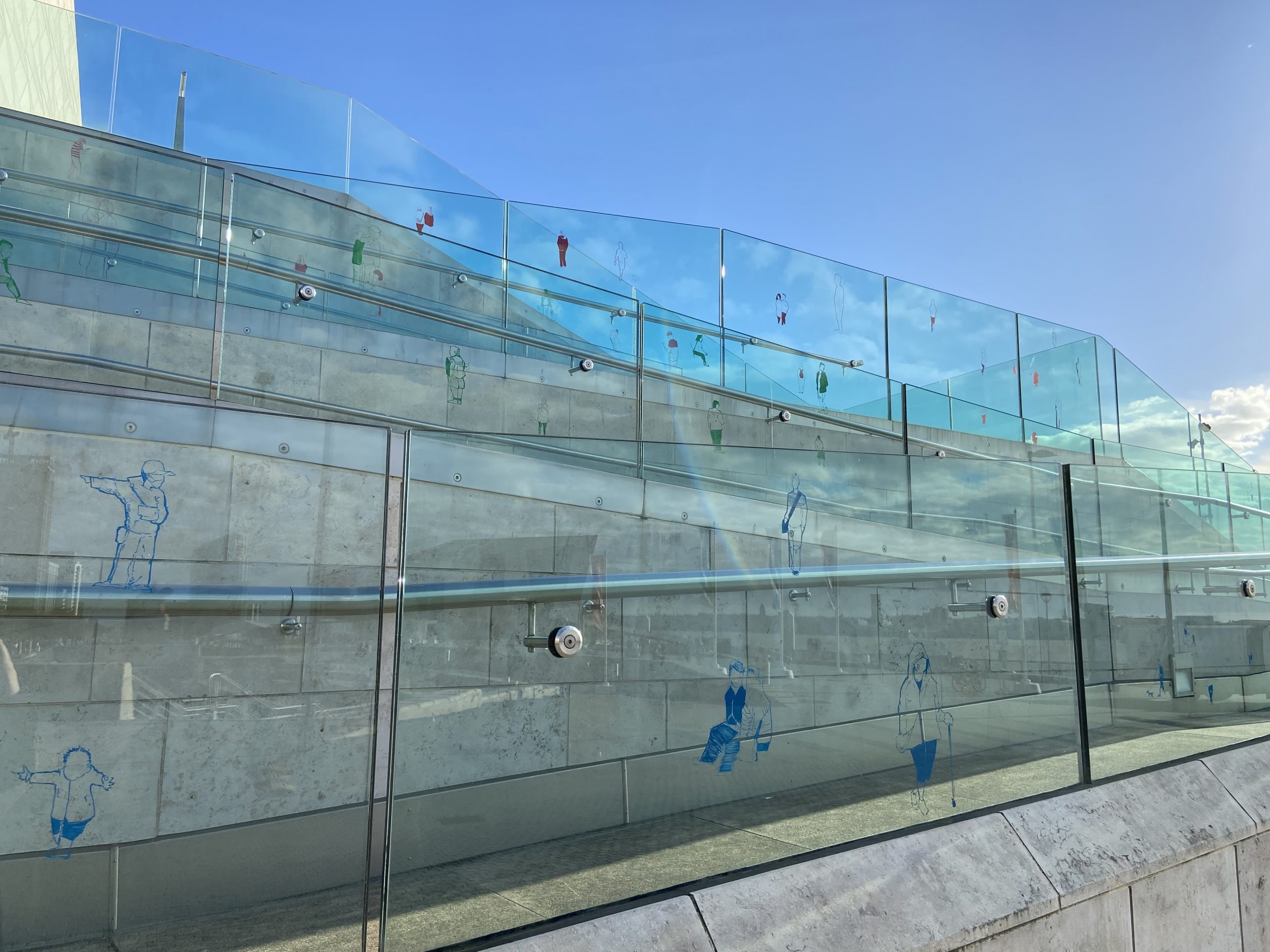 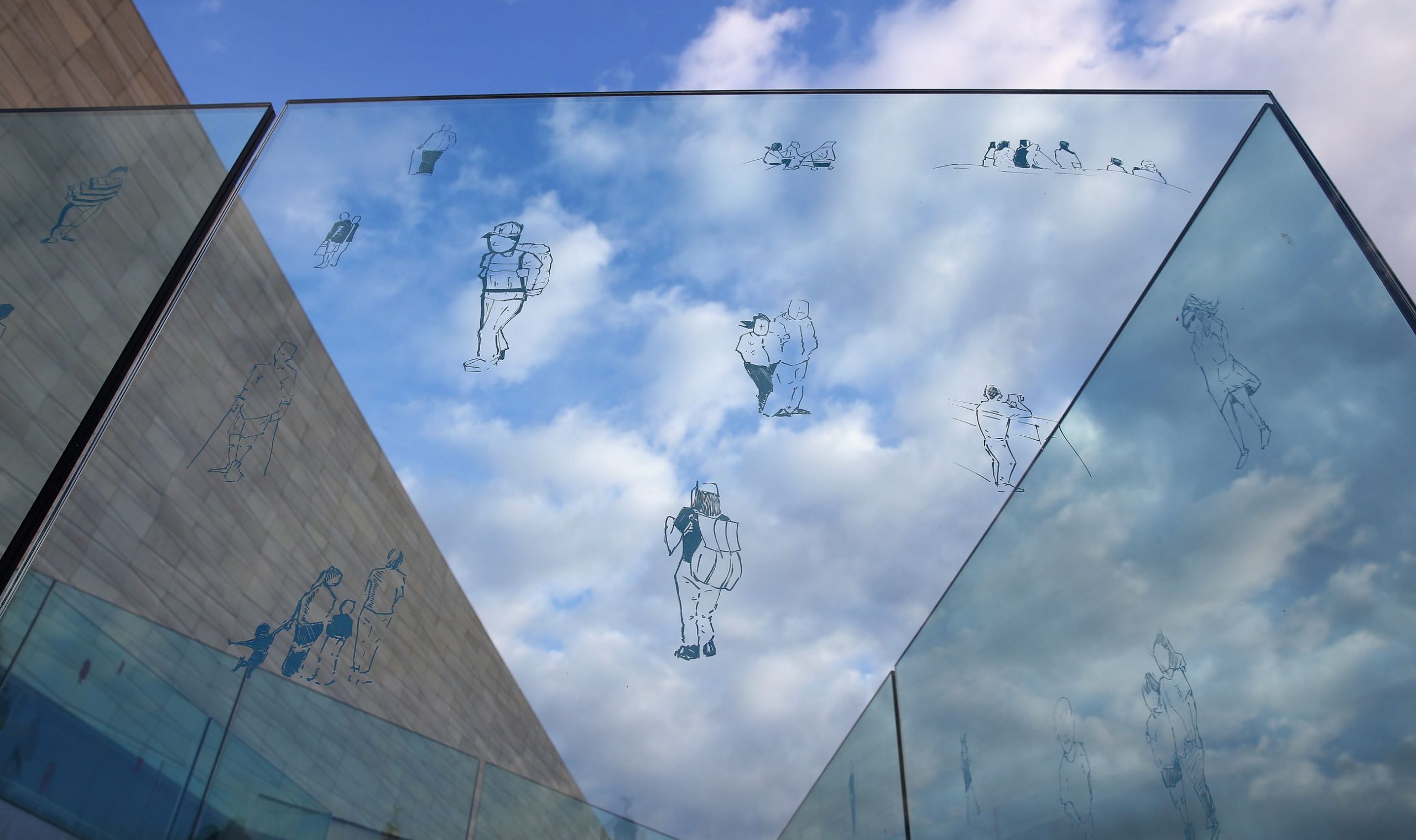 The second work sees Tommy adding a third Liver Bird to the waterfront, by creating a giant, anamorphic mural on the steps of the museum. Anamorphic means that you can only see the mural come together when you stand on a certain spot, which is marked on the floor. 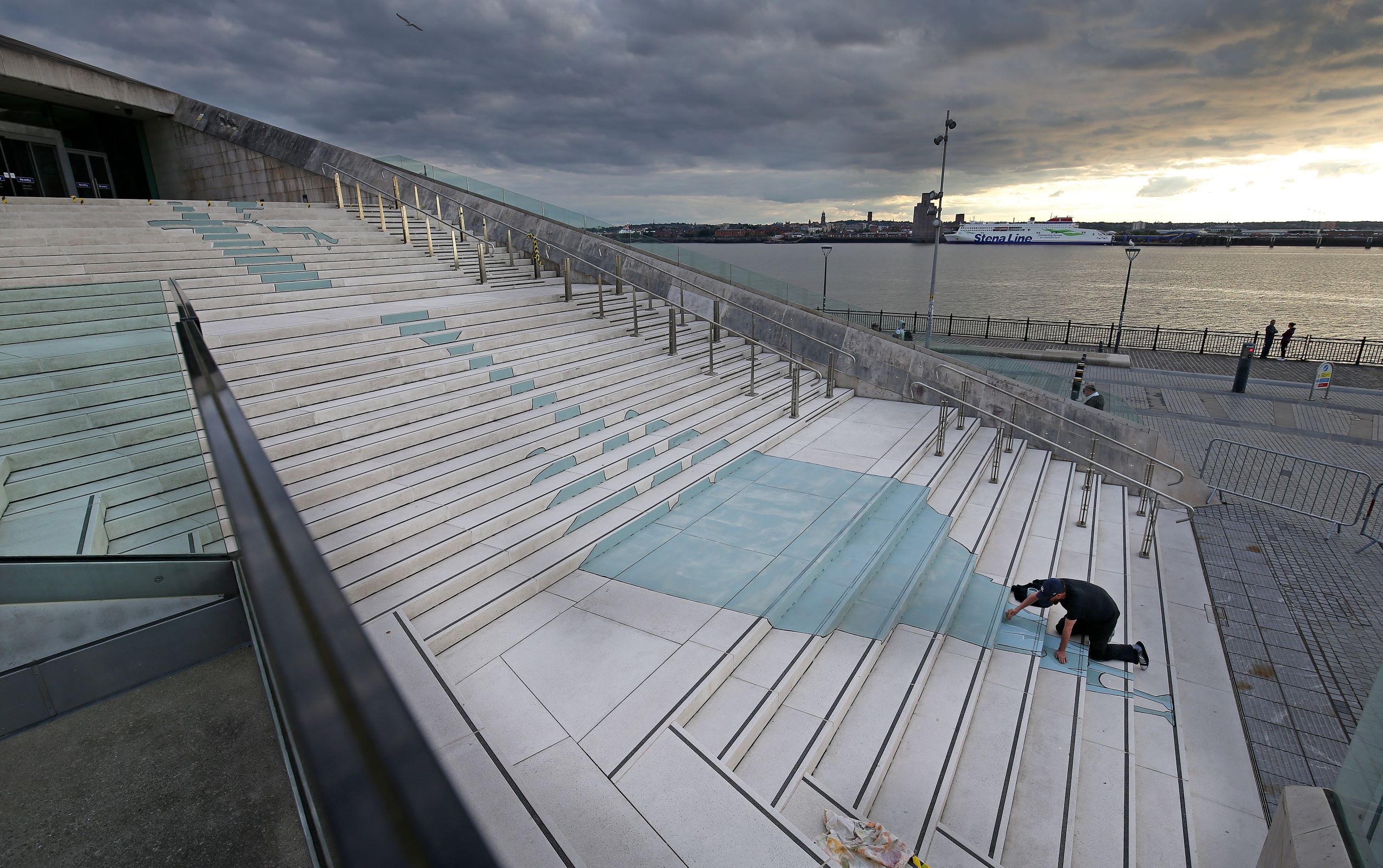 This was a mammoth task! After the complicated calculations needed to ensure that the mural would work visually, Tommy had to carefully measure and tape out each step. Once he began painting, it was essential for him to check each section as he went along, this meant that in one of the many days it took to complete, Tommy went from the bottom to the top of the stairs 106 times (3922 steps). This was the equivalent of walking to the top of the Empire State Building and coming back down again two and a half times. After that, he stopped counting!

The result is a triumph, and a poignant symbol of our re-emerging city into the new normal, and beyond.

So hurry, if you want to see these amazing works in the flesh (photos really do not do them justice), head to the Pier Head and visit the Museum of Liverpool (book your free ticket here) and enjoy them over the next few weeks before they are gone forever! 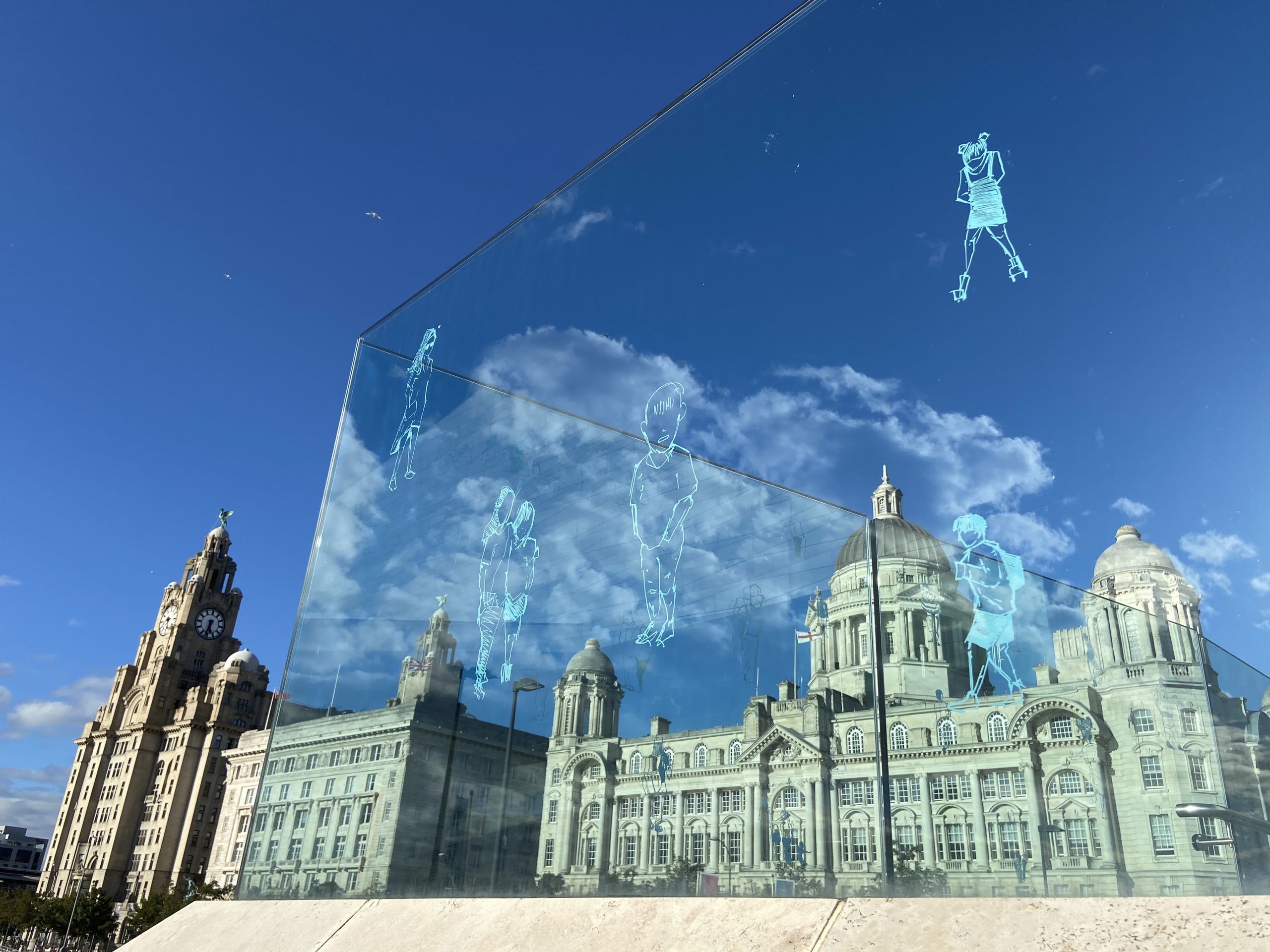 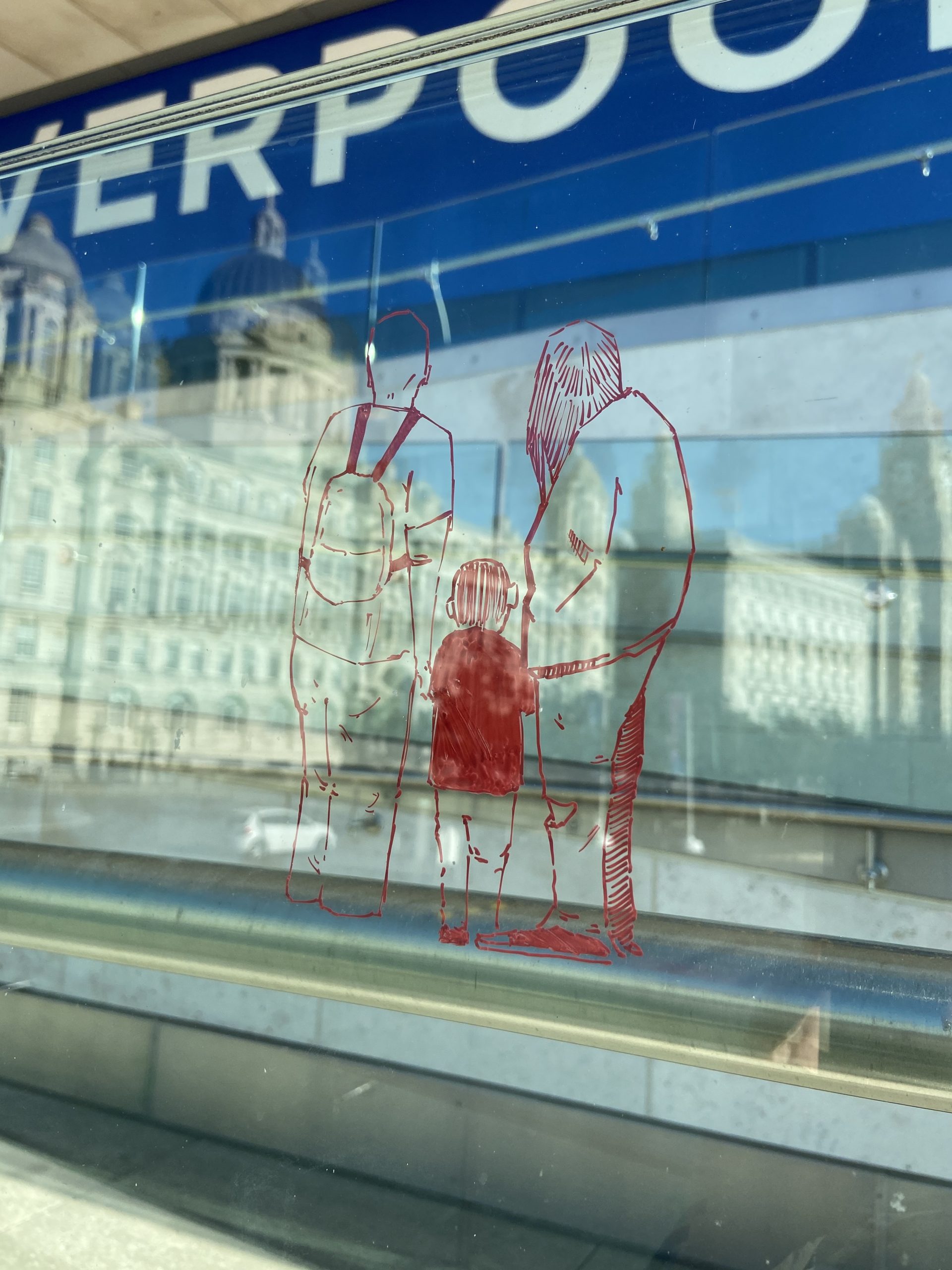