A sculpture warning of the risks of climate change now stands on The Liverpool Plinth. Artist Gail Dooley’s work depicts the dangerous impact of sea plastic on maritime life.

A sculpture highlighting the danger to marine wildlife of waste in UK waters has been unveiled on The Liverpool Plinth. Tidal Shame, by artist Gail Dooley depicts a ceramic gannet, a seabird common in Liverpool, entangled by authentic sea plastic and detritus collected on beach shores across the UK and Merseyside.

The work will be in situ on The Liverpool Plinth for the next 12 months. 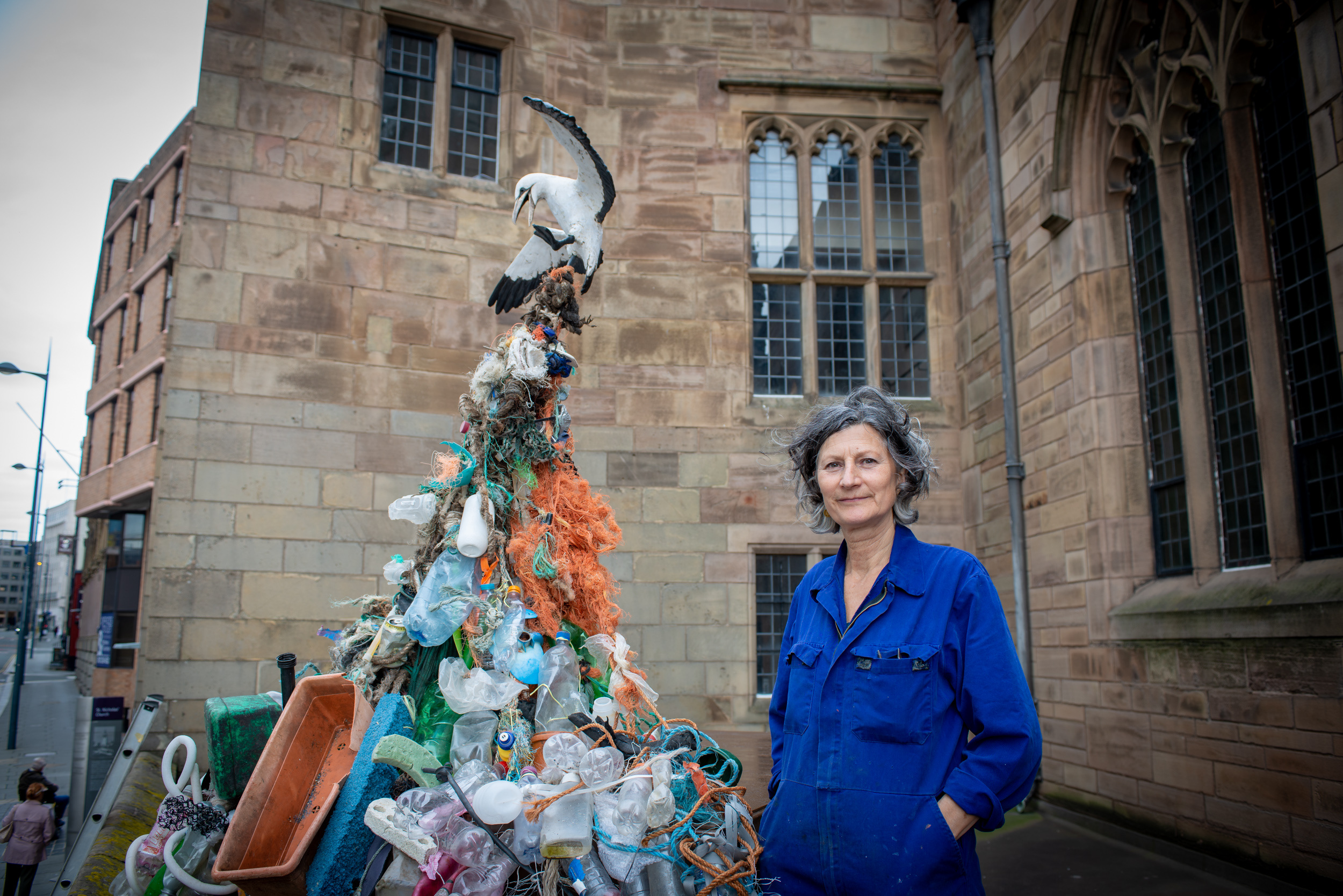 The Yorkshire based artist creates work exploring conservation and the survival of the animal kingdom. The sculpture will stand on The Liverpool Plinth, looking out to the UNESCO World Heritage Waterfront, reminding viewers of the impact of waste on wildlife, especially sea birds.

“The ceramic bird depicted in Tidal Shame is a gannet trapped by authentic sea plastic and detritus collected on UK shores, including along Merseyside’s coastline during lockdown.The sculpture is my response to the shocking levels of global marine pollution.”

The Liverpool Plinth is a public art partnership between Liverpool BID Company, dot-art and Liverpool Parish Church. Tidal Shame is the third sculpture to be installed onto the Plinth, helping to enrich public spaces within Liverpool’s Commercial District.

Tidal Shame was selected after an open call to artists based in the North of England. It was chosen by a panel including Lucy Byrne, Director of dot-art; Crispin Pailing, Rector of Liverpool; Fatoş Üstek, Director of Liverpool Biennial; Lesley Woodbridge, Urban Design/Public Art Officer at Liverpool City Council; Pete Spiers, Archdeacon of Knowsley and Sefton; Sue Darwell, Area Operations Manager at Bruntwood and Commercial District BID Board member; Marie-Anne McQuay, Head of Programme at Bluecoat and Guest Curator at Wales in Venice; and Sam Shendi, whose artwork Split Decision was the second sculpture on the Plinth. 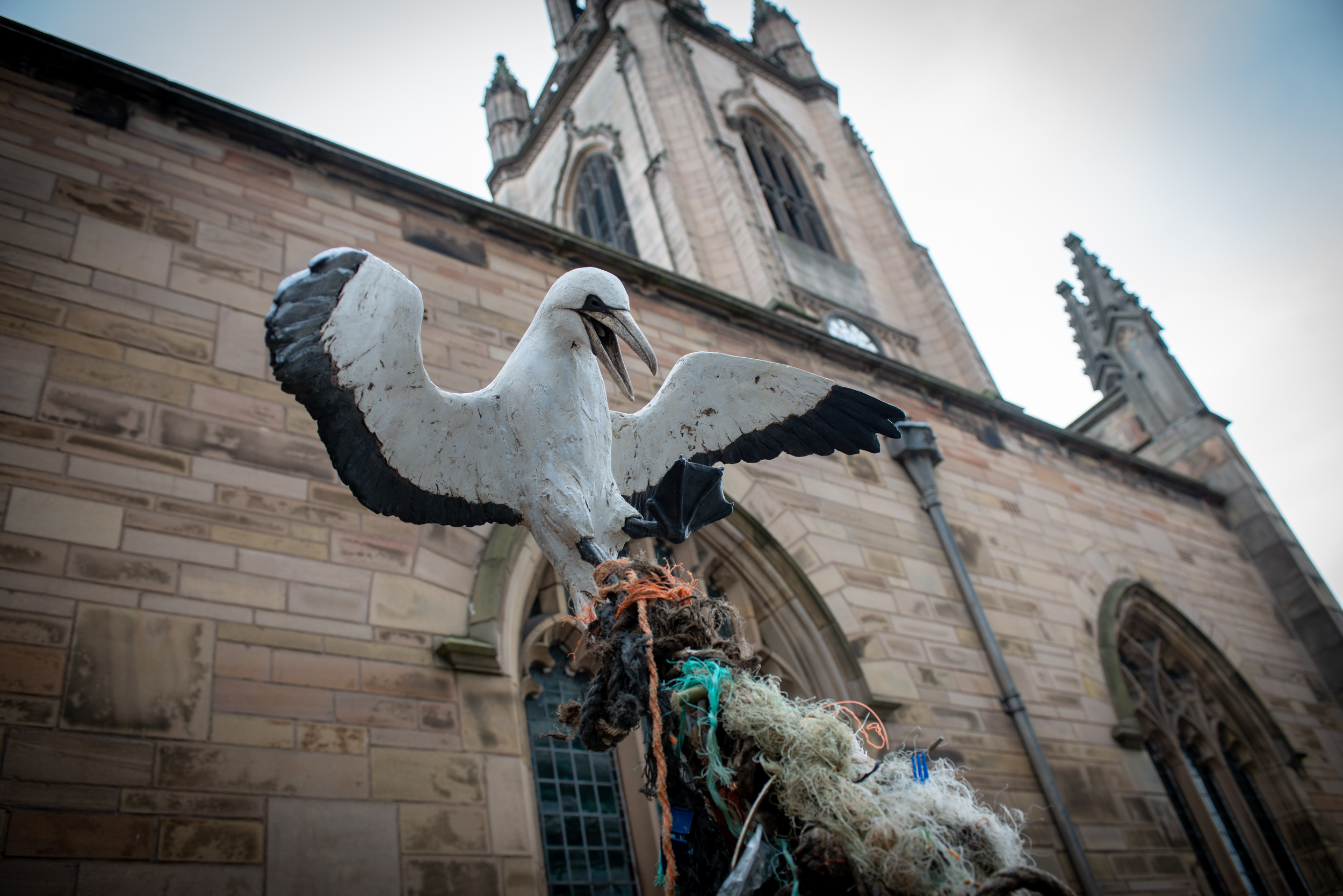 “The work was selected just as the UK went into lockdown, so we’ve called on people living along Merseyside’s coastline to support Gail in collecting sea waste on our beaches. It’s a work that reminds us of the continued global challenge around climate change and how it impacts the wildlife around us. I’m grateful to our partners who have continued to support us at this difficult time and to be able to champion public art reminds us of our shared spaces that belong to us all”.

“Our public spaces are important like never before and public art has a vital role to play in reflecting society back towards us. It has a power to force us to challenge ideas and we’re delighted that such a timely work will be installed in Liverpool’s Commercial District as visitors and businesses return”.

“The Liverpool Plinth has been an exciting project for us over the last couple of years, and this is possibly the most thought provoking work yet. As well as animating the environment around Chapel St, each sculpture has provoked conversations and drawn people towards new ideas and challenges. The Church has a long history promoting the visual arts, and Liverpool Parish Church continues to do that in the 21st Century.” 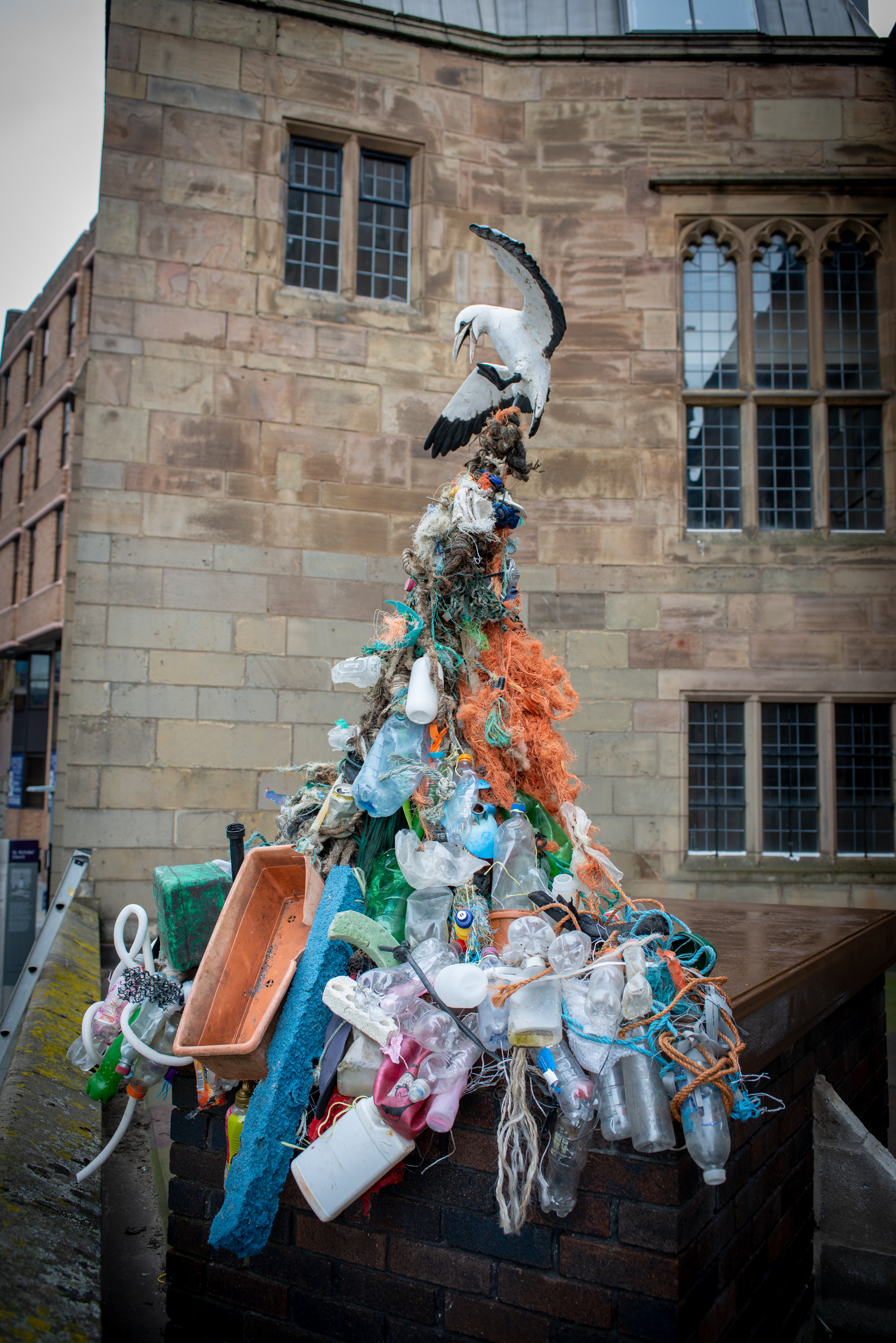